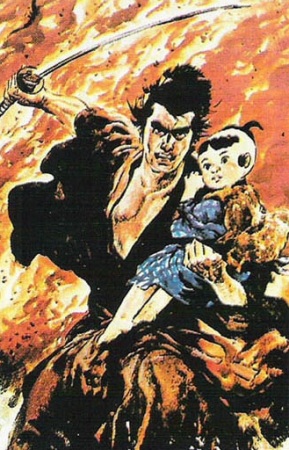 Ittou Ogami has very little left to live for. Though once the Shogunate’s chief executioner, his name is left in ruins after being framed for treason by the treacherous Yagyuu Clan, seeking to steal his position of power. His misfortune does not end here, however; they culminate in the brutal murder of his entire family, including his wife Azami, with only his child Daigorou still left alive.

With dishonor upon his head and his beloved wife in the grave, Ittou takes up a new mantle as an assassin for hire. Alongside his young son, Ittou wanders the country in search of revenge, with only the complete destruction of the Yagyuu Clan on his mind. As he travels the land, the number of his successful assassinations quickly grows, and soon the moniker of “Lone Wolf and Cub” becomes infamous across the land as the choice assassin to get the job done right.