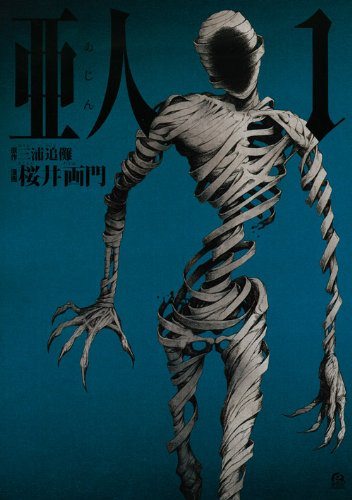 Seventeen years ago, mysterious immortal soldiers known as “divine warriors” appeared on the battlefields of Africa. These life forms later became known as “Ajin,” or demi-humans, and were considered to be one of the greatest discoveries of mankind. The government declared their existence to be compatible with humans; however, it is rumored that they instead offer bounties for captured Ajin to secretly perform inhumane experiments on these rare beings.

Kei Nagai, an apathetic high school student, is studying to become a doctor and only wishes to live a normal life. However, this simple dream is shattered after he suddenly gets into a deadly traffic accident. Reviving at the scene, he is immediately labeled as an Ajin by bounty-hungry witnesses. Unable to understand his immortality or prove his innocence, he starts to live his life on the run and fights for survival. He barely escapes the government’s reach when a group of anarchistic Ajin contacts Kei, asking him to join their forces to retaliate against the government. But who is Kei’s real enemy, and which side will he take when it comes down to humans versus Ajin?