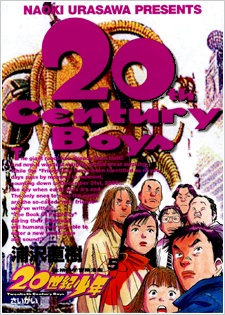 As the 20th century approaches its end, people all over the world are anxious that the world is changing. And probably not for the better.

Kenji Endo is a normal convenience store manager who’s just trying to get by. But when he learns that one of his old friends going by the name “Donkey” has suddenly committed suicide, and that a new cult led by a figure known as “Friend” is becoming more notorious, Kenji starts to feel that something isn’t right. With a few key clues left behind by his deceased friend, Kenji realizes that this cult is much more than he ever thought it would be—not only is this mysterious organization directly targeting him and his childhood friends, but the whole world also faces a grave danger that only the friends have the key to stop.

Kenji’s simple life of barely making ends meet is flipped upside down when he reunites with his childhood friends, and together they must figure out the truth of how their past is connected to the cult, as the turn of the century could mean the possible end of the world.