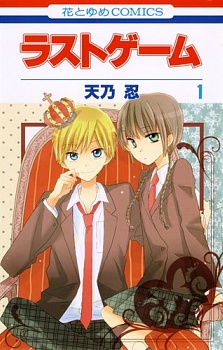 Nothing is beyond Naoto Yanagi, heir to the Yanagi business conglomerate. Idolized for his athletic and intellectual competence, looks and wealth, Naoto lived like a king during his elementary school days—then entered Mikoto Kujou, a plain, gloomy-looking transfer student.

Due to her low financial status, Naoto was initially apathetic towards Mikoto. But despite having just arrived at his school, she completely eclipsed him in everything by consistently scoring top marks in exams and placing first in athletic events. After a brief confrontation with her that left him shocked, Naoto vowed to outdo her no matter the cost.

Ten years later, they are now students attending the same college. Having failed to defeat Mikoto throughout middle and high school, Naoto decides they will have one last game: if he can make Mikoto fall in love with him and then break her heart, it will be his victory. However, he finds himself falling in love with her instead…