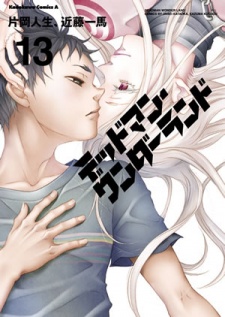 After a powerful earthquake nearly destroyed all of Tokyo, a prison known as Deadman Wonderland rose from what was left of the city. Privately-run through the guise and functions of a theme park, Deadman Wonderland takes in prisoners from all over Japan, using them as attractions for tourists. Little do the public know about the true purpose of this “theme park” and the horrors that take place within.

Enter Ganta Igarashi, a middle school student who has lived a normal life since the great earthquake occurred. This all changes when a mysterious masked murderer called the Red Man appears and kills his entire class, knocking him unconscious which consequently left him as the sole survivor. When he awakens, he is falsely convicted as the perpetrator behind the massacre, landing him a spot in Deadman Wonderland. What will become of this new inmate whose life depends on the bizarre “games” that this prison holds? And just what does Shiro, Ganta’s supposed childhood friend who awaits his arrival, know about the Red Man?