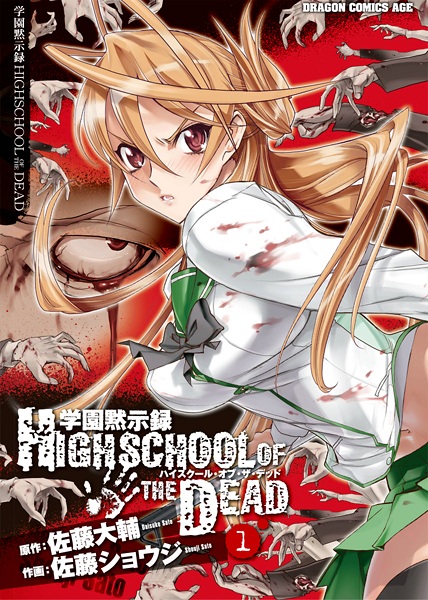 On a normal day, mindless, flesh-eating zombies suddenly appear and send society into anarchy. In Fujimi Academy, second-year high school student Takashi Komuro witnesses these beasts’ murderous nature firsthand. He flees to the roof with friends Rei Miyamoto and Hisashi Igou, only to discover the harrowing reality of their zombie-overrun world.

In High School of the Dead, Takashi and Rei must now rely on a band of eccentric individuals composed of: Saeko Busujima, the kendo club president; Saya Takagi, a wealthy genius; Shizuka Marikawa, their voluptuous school nurse; and Kouta Hirano, a firearm-obsessed otaku. Together they must defy all odds and survive against the horrifying undead.

Due to the death of author Daisuke Satou in 2017, the series was discontinued.