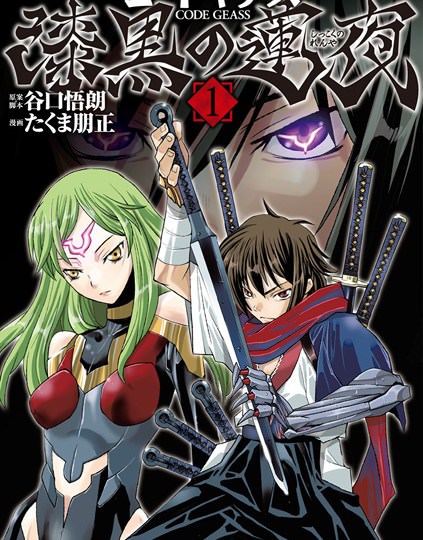 The story takes place in the same official Code Geass history as the anime, but in a different era. The title character, Renya, is a 17-year-old boy with a mechanical left arm and shuriken throwing stars as his weapons of choice. The story begins when Renya encounters a mysterious, perpetually young witch named “Reifū C.C.” C.C. has appeared in Japan’s historical Edo era to seek a new partner for a covenant. Meanwhile, a mysterious man, with a striking resemblance to the character Lelouch of the original anime, also appears with unknown intentions.